So when and why did I decide to bury Mickey?

I've tried but can't get back into the state of mind I was in when on a certain day of that happy childhood I went walking (was it by the river or in the orange grove or in the wide open flat expanse of thorny palms?) and at some point, bent down and started digging (with my fingers?), laid my beloved little Mouse in the hole and covered him with dry red soil.

Didn't I even leave a marker on the grave, some stones or sticks? Why would I want to bury my favourite toy? All I know is that I was sure I'd find him again and when I couldn't, some time later (how much later?) I was devastated. 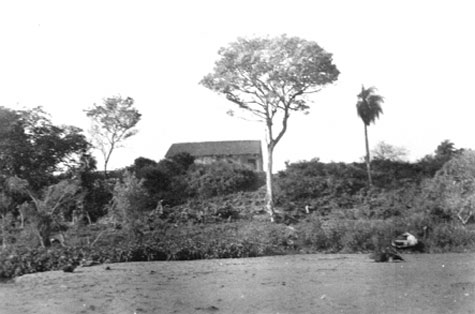 When we were still living at the old stone house on the river bank, before the big house was built, we heard stories about the treasure that Madame Lynch was supposed to have buried in 1860-something, right there at that spot in the Quinta Recalde. One night when we were all asleep, there was a lot of shouting and clattering and men on horses. We were told it was the police chasing robbers who were looking for the treasure, which had never been found. Maybe Eliza Lynch did bury her stash of gold and jewels, thinking she'd come back and dig it up one day. But never did, and it's still there. Like my Mickey. 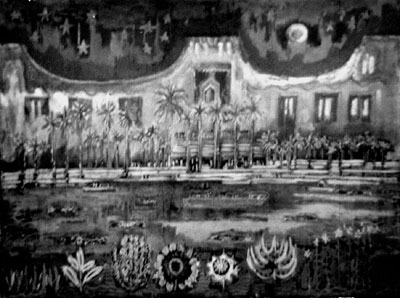 There was a Guarani belief that Mbaeveraguazu, the legendary El Dorado or mythical golden city, was hidden in the Paraguayan jungle. Another never-found treasure. This is a painting I did as I imagined it, years later when I came back as a grown-up artist (I don't have a colour photo. The painting is in a private collection in Italy).

I knew the words of several songs in Guarani, I still do. A young girl called Delia taught them to me, she was my friend, at least I thought so. Suddenly she'd be sullen and distant and I didn't know why. You could never be sure that a Paraguayan would be the same from one moment to the next. Delia's favourite phrase was "No me importa, la vida es corta, la morte segura". (I don't care, life is short, death is certain).

That time I went back to Paraguay on my own, I painted portraits of the local people, some of whom had known me as a child and remembered my family with affection. On the right is my portrait of Annuncia holding an unknown child. On the left is Annuncia with Adela: both of them had cooked and cleaned for all of us, way back then. Below is a reflection of myself as I saw it in the glass doors of the big house, on the same terrace where I stood as a child, looking out towards the Rio Paraguay. 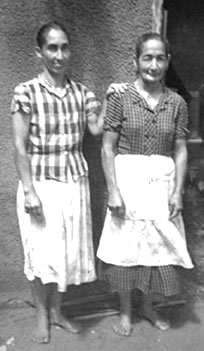 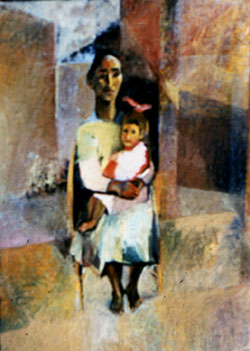 "Annuncia and Child" NdA. Oil on board. 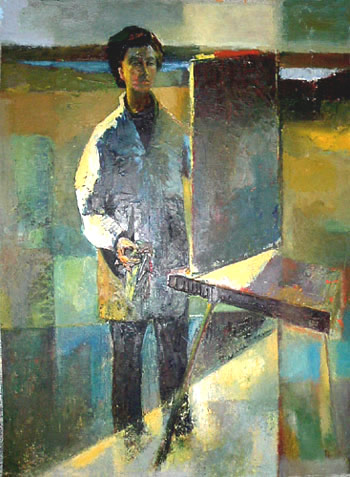